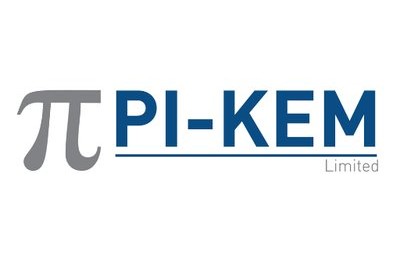 PI-KEM is a scientific distribution company who source and supply specialist advanced materials and equipment to research labs, universities and research and development companies in the UK and worldwide. PI-KEM supports scientific innovation in many ways including the provision of expertise in sourcing niche products for unique research requirements, affordable equipment for a variety of scientific disciplines and a comprehensive range of standard products stocked for immediate dispatch.

Established in the early 1990’s, PI-KEM is a cutting-edge company targeting the start-up market and has flourished over the past 27 years from a small family run business of 4 employees to a small to medium enterprise of 16 strong and still growing.

To learn more about PI-KEM and the work that they do, head over to their website.

Before discovering Staff Squared, PI-KEM relied on the use of booking sheets, spreadsheets and a calendar on the wall to manage and keep track of their HR administration – a tedious process that lacked visibility as the company grew and wasted precious time that could be better utilised in other areas of the business.

“We needed a system that was cost-effective, online and on which we could set restrictions to ensure key personnel were not absent at the same time”, Fiona, Operations Manager and Daughter-in-law of the PI-KEM founder, told us.

Fiona explained that they had one particular occasion when the entire accounts team were all out of the office at the same time; something that did not cause too big of an issue when the company was smaller, but would now be a huge problem when so much of the business relies on them being present at all times.

Staff Squared’s ease of access has made absence management for Fiona and her colleagues a much more straightforward process. The ability to give line managers access to their team’s data allows them to really take ownership of their own department, rather than relying on reports being sent to them; which, in turn, has vastly reduced the amount of paperwork flying around.

“All the information we need is in one place in an easy to access and centralised format”, Fiona told us, and when asked what she felt was the best feature of Staff Squared, she had no hesitation stating that it would have to be the ability to set absence restrictions for her staff, based not only on their job requirements but also on their additional responsibilities, such as First Aider and Fire Marshall. Fiona also mentioned that being able to hand over some responsibility to her staff and allow them to be independent with certain areas of their own HR is a very beneficial aspect of using Staff Squared.

Would you Recommend Staff Squared to Other Businesses?

“Yes, and I have done!” Fiona told us, “I have recommended Staff Squared to a number of fellow Federation of Small Businesses (FSB) members.”