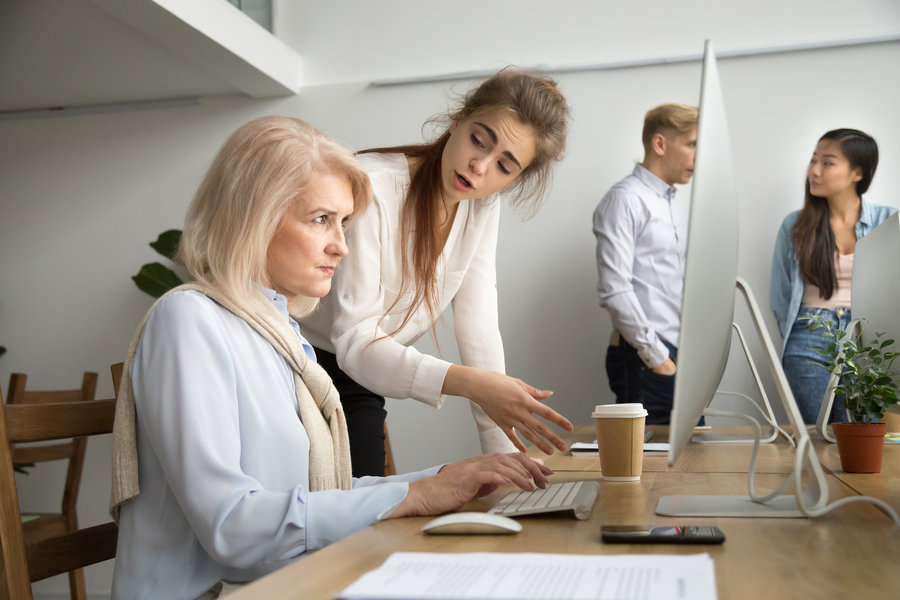 Real Life Examples of Discrimination in the Workplace

It’s difficult to believe that today, in the 21st century, discrimination is still a major issue, but as much as we would like to think that we live in a world full of peace, harmony and widespread acceptance, this just sadly isn’t the case.

In fact, more than 25% of workers in the UK have reported having experienced workplace discrimination in some form, according to a study conducted by Sky to mark National Inclusion Week in 2018 which identified that prejudice towards gender, race and age remains fairly commonplace in UK businesses.

That self-same study recognised that a youth-driven revolution could be underway to counteract this outdated way of thinking as ‘Generation Z’ – the under 25s population – are twice as likely to feel that employers should do more to promote inclusion in the workplace compared to the baby boomers of the workforce (the over 55s).

Cases of Discrimination in the Workplace

If that is the case, we are looking at the potential for a very happy future in terms of where the world stands on discrimination, but it would seem that with over a quarter of the UK’s working population still admitting to being subject to such prejudice, that we have a long way to go before we get there, as you can see from the cases below.

Starbucks employee Meseret Kumulchew was accused of fraud as her employer claimed she was falsifying documents after she mistakenly entered incorrect information when recording fridge temperatures in a duty roster. As a result, she was given lesser duties, taking away vital parts of her supervisor position and was told she needed to retrain before she could continue with those responsibilities which made up the job she loves.

In an interview, Meseret expressed that she was made to feel like a fraud and was on the verge of wanting to end her life. The only thing that held her back was the thought of her children.

Meseret took Starbucks to an employment tribunal for disability discrimination as she stated that she had been upfront with her employees from the start, telling them that she was Dyslexic which means that she has difficulties with reading, writing and telling the time. She also advised them that she is a visual learner, meaning that she needs to be physically shown how to complete a task in order to learn.

The tribunal found that Starbucks failed to make reasonable adjustments for Meseret and had discriminated against her due to the effects of her Dyslexia. It was also found that she was victimised by her employer and that there appeared to be little or no knowledge or understanding of equality issues within the business.

Cheryl Spragg, an employee of Richemont (UK), which owns luxury brands including Cartier and Montblanc, was spied on by her employer, denied the opportunity to progress within the company and was bullied by HR and other staff members as a result of her skin colour.

Following a back injury, Richemont placed Cheryl under close surveillance for a number of days, following her to a wedding and even receiving images of her home and garden. Undoubtedly, this act was unnerving, intimidating and upsetting for her.

Cheryl was also refused internal progression on the basis that she was black and had applied for the same post on three different occasions, with all three of the recruitment decisions being made by the same people. It was found that the company had a preference for white Europeans and the judge ruling in Cheryl’s claim against race discrimination in the workplace agrees that this was an act of direct discrimination since there was a lack of transparency and properly structured processes for scoring, marking and record-keeping as well as a complete absence of interview records. The HR team had no equality and diversity training and there were no black staff members at a senior level or on the HR team.

In addition, Cheryl had been subject to bullying when other staff members refused to enter a lift with her which was found as a violation of her dignity. These employees were said to have laughed and pulled faces when Cheryl held the lift door open for them – they walked straight passed and waited for another lift to come. This incident meets the very definition of harassment under the Equality Act 2010.

When Cheryl complained to the HR department about the various events which she considered to be discriminatory, she was told to look for a new job and was accused of causing her colleagues distress. She was even told in an email from the HR team that she wasn’t the only ‘black member of staff’ within her team and no other racism allegations had been raised in the past.

After the judge heard Cheryl’s case and considered the evidence, she won her claim and was awarded compensation for the traumatic and humiliating experience.

Macro-economics specialist, Olwen Renowden, found herself a victim of sex discrimination when she was refused for two open positions at a grade six level by ONS – a role she was more than suitable for, holding professional credentials from some of the world’s most prestigious macro-economics employers such as the Bank of England and the IMF.

It was noted early on by Olwen that the company employed no female economists at grade six level, despite a headcount of over one hundred; and the posts that she and another female candidate (also more than qualified for the role) had applied for were both filled by male applicants – both of whom were young, inexperienced and had never worked at a grade six level prior to their appointment, let alone a specialism in macro-economics.

An additional vacancy was created for employees who had passed the grade six promotion board; however, this was only ever made available to male prospects – female candidates were not offered the same opportunity.

Olwen raised a grievance but, unfortunately, her appeal was not upheld and she subsequently resigned from ONS. She refused to back down though, and applied to the Employment Tribunal with her case in January 2019 where is was agrees that favouritism was shown towards male staff. What’s more, the tribunal found that those who should have addressed the issue failed to do so, leading to the conclusion that the approach to gender balance pointed towards a culture where discrimination and, in particulat, sex discrimination, is not properly understood by those who are required to ensure its elimination.

The tribunal found that Owlen’s claims of sex discrimination were successful and the ONS was ordered to pay compensation and interest.

I think we can all agree that cases like this shouldn’t be making the news. Not because they shouldn’t be reported – while discrimination is a problem, it should always be made known – but because stories like these shouldn’t be happening in the first place; and if you’ve been reading through the cases in this post in horror, hoping that nobody on your payroll is being made to feel discriminated against – or even the ones being prejudice – never fear. Read more about workplace discrimination and how you can combat it as an employer in our post Types of Discrimination in the Workplace.