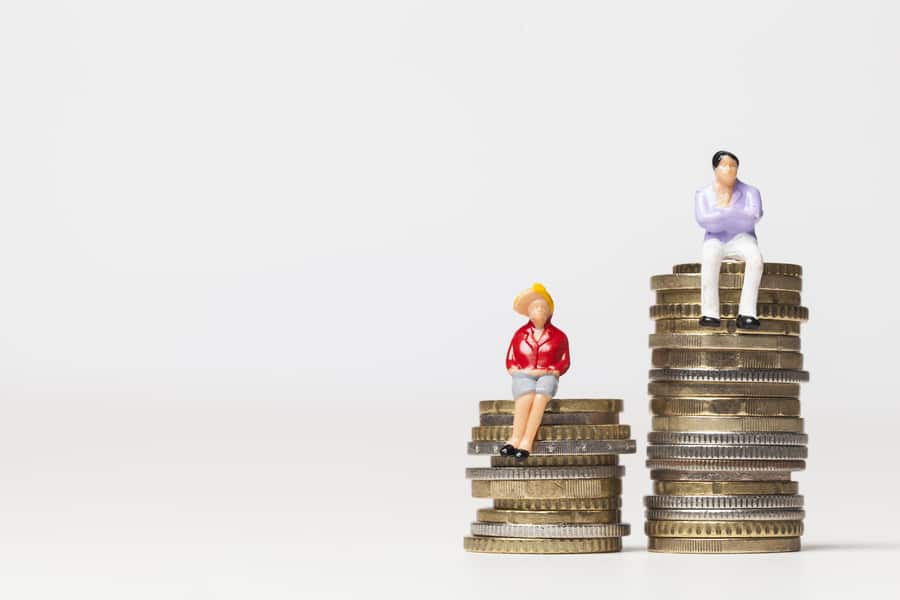 Gender Pay Gap – What SMEs can do

Unfortunately, it isn’t exactly earth-shattering news that there are discrepancies in the salaries paid to men and women, but the topic has hit the headlines recently after companies with more than 250 employees had to declare what they pay their staff.

It comes as no shock (although not without great concern) to anyone that the data shows 78% of the companies who filed reports paid their male employees more – substantially so, in some cases – than their female employees.

While the requirement to supply this information currently only falls to larger companies, it’s entirely possible that mandatory reporting could filter down to smaller businesses too within time.

Did you know that small businesses are leading the way when it comes to closing the gender pay gap?

Industries that are dominated by SMEs are actually closing the gap twice as quickly as those made up of primarily bigger companies. This demonstrates that it’s entirely possible to implement a fairer salary scale for all employees, regardless of the size of your business – and of their gender.

The key lies in the fact that smaller firms are not so beholden to factors such as red tape, bureaucracy, the old boys’ network holding positions in the upper ranks or company tradition.

‘So, what can the average SME do to ensure they’re operating in a more gender-neutral environment?’, I hear you ask.

Many experts believe it’s not just about closing the gender pay gap by paying women more, it’s about adopting a more inclusive company culture – including flexible working hours, the use of mobile technology, and financially viable leave packages for new parents.

An obvious way of making businesses friendlier towards women is to push fathers to take more paternity or shared parental leave to care for a new baby or child as this will even the playing field and allow mothers to return to work sooner.

This also allows for more workplace flexibility for men, too.

It’s no secret that childcare is an expense that can leave most working families feeling crippled with the average part-time nursery costing in the region of £6,000 per year.

For a lot of parents, the call to return to work only part-time or in a lot of cases, to not return at all, this becomes a troublesome story for employees and their employers alike.

“Of course, lots of mothers and fathers want to spend time at home with their young families. But at least 600,000 stay-at-home parents would prefer to work if they could afford to do so,” says WEP leader Sophie Walker.

The party says a free part-time nursery place should be available from when a child reaches nine months, with extra hours on top of that capped at £1 an hour.

Employers should consider how they could possibly support their staff to find childcare in order to return to work – be that in childcare vouchers or other means.

Allow Babies in the Office

This won’t be plausible for all workplaces. In fact, it might not be suitable for many; however, smaller businesses that have the means to allow parents to bring their children to work should definitely consider it.

Clear rules and a formal structure can help to ensure that the office culture does not suffer and provisions such as setting up a ‘child/baby free zone’ for staff who want it is available would be essential.

Companies could also consider setting up a workplace créche so that parents can attend work safe in the knowledge that their children are close, safe and in a care setting that won’t break the bank.

Unfortunately, cost and resource mean that not all businesses are in a position to offer perks such as an in-house childcare facility, so this is not always a plausible option.

However, in a world where email, mobile technology and communication are king, the other obvious solution would be to offer staff the option to work from home; allowing them to work while being present to care for their child/ren.

Transparency is also key – particularly during recruitment, appraisals and promotions. Removing the shroud of secrecy about the gender pay gap will foster a more open environment that benefits both your company culture and your employees on an individual level. Plus, by being a trailblazer and making it public knowledge that you’re an SME who believes in and advocates being a genuine equal opportunity employer, you’ll be attracting top talent and possibly even investors.

Making salary scales clear internally is also important so ALL employees can know what to expect at every level. It will quell dissention in the ranks and help dispel resentment among staff too.

Give Women a Pay Rise

It might sound a bit too obvious to even ask, but why not just bridge the gender pay gap by paying women more?

In June 2016, the University of Essex announced that it was going to raise its female professors’ pay with a one-off salary increase to bring their average pay level to that of their male colleagues.

Get with the Times

Did you know the government has pledged to eliminate the gender pay gap within this generation?

Don’t let your small to medium enterprise get left behind – by ensuring the salaries you pay are fair and you’re adopting an agile working culture you’ll help retain key employees and attract new talent that will be as lucky to work for you as you are to have them!

The ball is in your court – be grateful you have the ability and agility to close the gender pay gap on your own terms and in a way that benefits both your employees and your company.

Clarisse works on our Customer Care Team to provide all of our customers with the very best care and guidance when using their HR software.