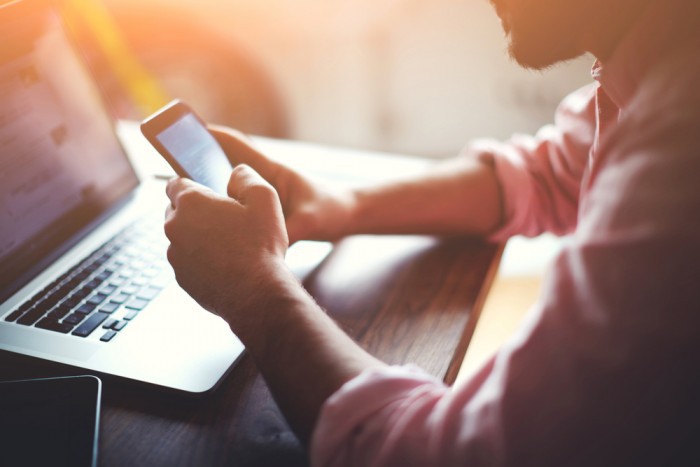 Why you Should let Staff user their Phones at Work

As time goes by, technology gets more useful and intuitive – including our mobile phones. Smartphones and other personal communication devices being used in the workplace has become somewhat of a taboo topic over the years, but employers seem to be willing to break the mould now, and here’s why you should follow suit.

Mobile phones are a part of practically every aspect of life nowadays – aside from the basic functionality of making phone calls and sending text messages that they were originally designed for, there are an array of helpful apps and features available that most of us couldn’t live without day-to-day.

From emails and shared drives to high definition cameras and video calling, there’s nothing you can’t do from the handheld device small enough to fit in your back pocket. Yet some employers are still dragging their heels when it comes to letting their staff use their phones while they’re at work.

To me, that seems a little backwards. Are we not living in a technology-driven society? Let’s take a look at some of the reasons why ditching this outdated mentality might actually help employers to create a better and more productive workplace.

We’re all adults – we’ve long left the school ground and, as such, don’t need to be treated like schoolchildren. What’s more, if you’re treated like a child then the chances are that you might want to start acting one, albeit even if it’s just to prove a point.

If you don’t show your staff that you trust them to use their phones respectfully, all you’re going to do is create a distracted (and more than likely, disloyal) workforce. There’s nothing quite like knowing that you’ve got a text but can’t read it until the end of the day – the chances are that you might even stash your phone away in your pocket and sneak peeks at it throughout the day, limiting your awareness and attention to detail.

What’s worse is when managers forbid staff from looking at their phones during working hours, but the same rule doesn’t apply to them.

Just because you’re in management, doesn’t mean that you are any more important than the staff you manage. Respect comes from treating people as equals. The truth is, people work best when they are working for someone who they feel values them, and one way of demonstrating this is to show them that you care about their personal life.

When staff are allowed to send a quick text home or take a phone call from their kid’s school, the chances are that they will feel much more settled and be able to focus solely on their work rather than fretting over what they need to arrange outside of the office.

Effectiveness comes from Smartphones too

We’re coming to an age of Millennial and Gen Z workers – people who have been practically raised on mobile phones. With this in mind, doesn’t it make sense for employers to do their utmost to attract younger workers to their company?

Especially in industries that rely heavily on marketing and advertising, younger candidates have the ability to breathe more life into a company as they have the tools to speak to their peers more effectively.

To do this, it means embracing platforms such as social media to allow these younger employees to work in a way that best suits them.

In today’s digitally-connected world, most people prefer to manage their own schedules – and this is very important when we start to think about the ever-increasing popularity of flexible working. It shouldn’t matter where someone is when they are doing their work or what they do it on, so long as the end result is of a high and acceptable standard.

A key component of this mindset is that employees need to be set targets – goals that they are required to achieve each week, month, or even year. This means that everyone knows where they are up to, and can work towards where they need to be.

You might be wondering what any of this has to do with smartphones, but the answer is simple. As long as staff are meeting their milestones and targets, it shouldn’t really matter what they are doing during work hours. The only time it should become a problem is when these aren’t being met or work is not of a satisfactory standard. Otherwise, what’s wrong with the odd text of Facebook scroll from time to time?

Because Statistics Say So

As of 2016, around 2.08 billion people owed a smartphone worldwide. That’s an increase of 220 million people in just a year. In fact. 42.4 million of these people are in the UK alone – and according to Ofcom, 33% of internet users feel that their smartphone is the most important and effective method of using the internet, showing that a lot of employees actually rely on their phones to stay up to date.

With this said, it’s probably not a wise move to prevent your staff from using their phones when it’s the resource that they seem most comfortable using.

If any of these points have one thing in common, it’s that they keep staff happy and engaged. And as we all know, happy employees reduce staff turnover.

At the end of the day, if your employer treats you right, you’re much more likely to want to stay with them, even if you know you could take home more money working elsewhere. Happy people do just about everything better – so you’ll be glad of their loyalty, too.

Unless your employees are on their phones taking personal calls every second of the day (in which case they won’t be hitting any targets, so they’ll be in trouble anyway), how much productivity do you really think your company will lose? In reality, probably not very much.

As long as you get everyone to sign up to a fair use policy, you’ll probably find that people use their phone a whole lot less than you might fear.