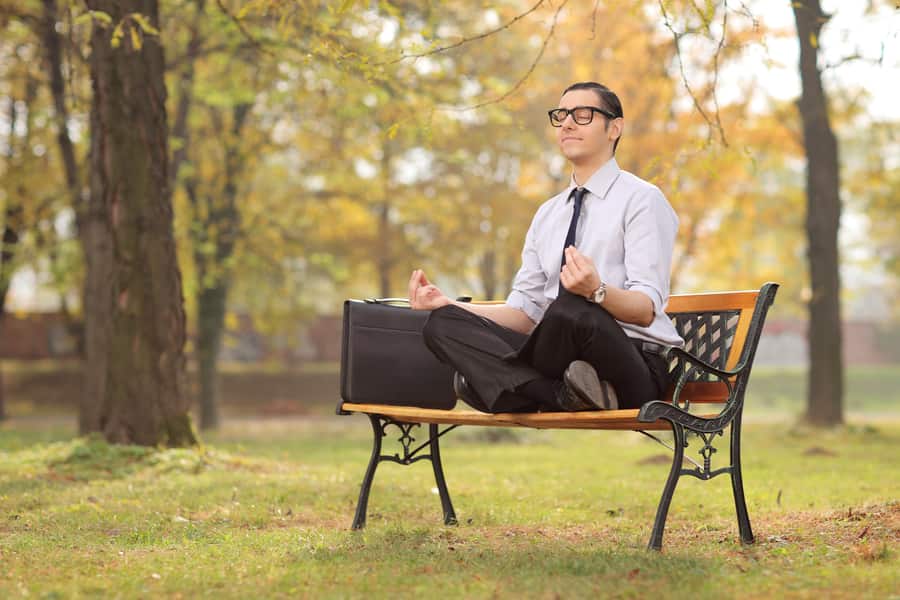 Why you should Encourage your Staff to go Outside

It wasn’t that long ago that we were talking about the impact that snow and other adverse weather has on businesses; so to be turning the focus on the glorious sunshine flooding the great outdoors so soon after feels somewhat bizarre. However, with Spring only three weeks away, it’s got us thinking about how much time we spend outdoors – especially when work has us stuck inside a stuffy office for an average of 8 hours a day.

Humour me, if you will. Take a minute to think about the typical amount of time that you spend outside per day – and before you think about cheating, time spent commuting doesn’t count. Now bear that in mind as you read on.

How Much Time do Office Workers Spend Outside?

In an attempt to understand what employees want from their work environment, Ambius conducted a study of 1,000 office workers in the United States and the United Kingdom. Quite concerningly, although, perhaps not very surprisingly, the findings revealed that office workers only spend an average of 47 minutes outside during a typical working day.

I say concerningly, because not only are there a multitude of benefits to be gained from exposure to nature, sunlight and fresh air, but according to UN guidelines, it would seem that those office workers are spending an alarming 22% less time outside than prisoners, who are given a minimum of 1 hour outside every day. Only 26% of the people surveyed concluded that they spend more than 60 minutes per day in the great outdoors.

The Impact on Business

It’s no secret that the wellbeing of employees goes a long way to promote engagement and productivity; but with a large number of office workers getting less exposure to natural sunlight than those who are incarcerated, it begs the question of the impact that has on the interest of employees and on your business alike.

Being cut off from the natural elements has more to answer to than you might have first thought.

A lack of fresh air and sunlight harms the immune system, leaving you open and more susceptible to colds and flu as consistently breathing stale air in and out won’t supply your body with enough oxygen to keep your white blood cells fuelled and functioning properly. It stands to reason that an increased level of illness amongst staff leads to a decrease in attendance, leaving you faced with a financial loss to business and the added pressure of having to arrange cover for your absent staff.

Then, of course, you need to consider that even if attendance levels aren’t too badly affected, mental health is at greater risk as decreased exposure to the sun has been associated with a drop in serotonin levels, which is a leading cause of major depression. Suffering from depression or otherwise being low in mood will have a significant influence on your staff’s performance at work.

In short, time spent outside can only be a good thing as it boosts the sense of wellbeing and helps to endorse good mental health.

What are the Benefits of Spending Time Outdoors?

Now that we have established some of the significant implications that decreased exposure to the outdoors can have, let’s take a look at some of the reasons why times spent outside is so good for you.

Most of us live for that very first coffee – many even feel as though they can’t function without it. As a whole, we rely so much on caffeine to get us through the day just to combat a constant flood of sluggishness and fatigue.

It’s thought that 20 minutes in the open air gives your brain an energy boost equal to that of one cup of coffee; so by spending just 1 hour a day outside, you are less likely to use caffeine as an energy supplement. Not only will it help you to increase your energy, but replacing that coffee intake with nature’s finest substance also improves your overall health.

Research shows that spending time outside decreases the likelihood of developing nearsightedness – something that is made all the more probable when your work involves staring at a computer monitor all day every day.

Giving your eyes a break from straining at a glaring screen all the time will also reduce the risk of headaches and migraines.

Both stress and pain can have a significant impact on your focus and attention to detail, which in turn can have a knock-on effect on productivity.

The sun is said to have healing qualities. One study even suggests that exposure to high-intensity sunlight resulted in less stress and pain in surgery patients, leading to 21% less pain medication being taken.

Being Outdoors Boosts your Immune System

Breathing in the airborne chemicals produced by plants, known as phytoncides, increases your white blood cell count which helps you to fight off infections and diseases, keeping you fit and healthy.

Have you ever suffered from a mental block that has affected your ability to complete work?

Stepping outside into the fresh air and surrounding yourself by nature not only gives you that well deserved (and probably well needed) break away from your thoughts but it cleanses your mind and clears away the cobwebs that might have otherwise been preventing you from putting your best foot forward. See what I did there?

Next time you can’t think or have writer’s block – try it. Go outside for a breath of fresh air and see what happens.

We’ve covered just a handful of the benefits associated with being outdoors. There are many other reasons why leaving the confines of your four walls is so good for you, including:

How to Encourage your Staff to Spend Time Outdoors

Your workplace might not be nestled deep in the luscious countryside, but that’s not to say getting outside doesn’t still have its advantages.

While bigger, more corporate companies may have the resources to create areas like gyms, yoga rooms and outside spaces for their staff, the options are obvioulsy a little more limited for smaller enterprises. However, encouraging your employees to get a little fresh air is easier than you think.

Create a greener workplace – place plants around the office. It has a positive effect on wellbeing and will make your staff want to spend more time in the open air.

Open windows and blinds –  allow as much natural light into your office as possible and keep a good circulation of air going by opening windows when the weather permits.

Outdoor meetings – if you’re lucky enough to have access to an outdoor space, make it inviting and encourage your staff to take meetings and lunch breaks there.

Walking meetings – Even if you don’t have an outside space at your disposal, implementing outdoor ‘walking meetings’ is a great way to get people moving in the fresh air – it might even lead to more productive thinking and better meeting outcomes.

Encourage walking during breaks – suggest to your staff that they go for a walk on their lunch breaks. You could even issue pedometers and promote a company wide initiative to see who can accumulate the most steps each week, additionally boosting camaraderie amongst your workforce while you’re at it.

Whichever way you encourage your staff to spend more time outside, the knock-on effects it’ll have on your business will be positive ones: happier, healthier and more productive staff can only be a step on the right direction – and yes, the pun was intended.