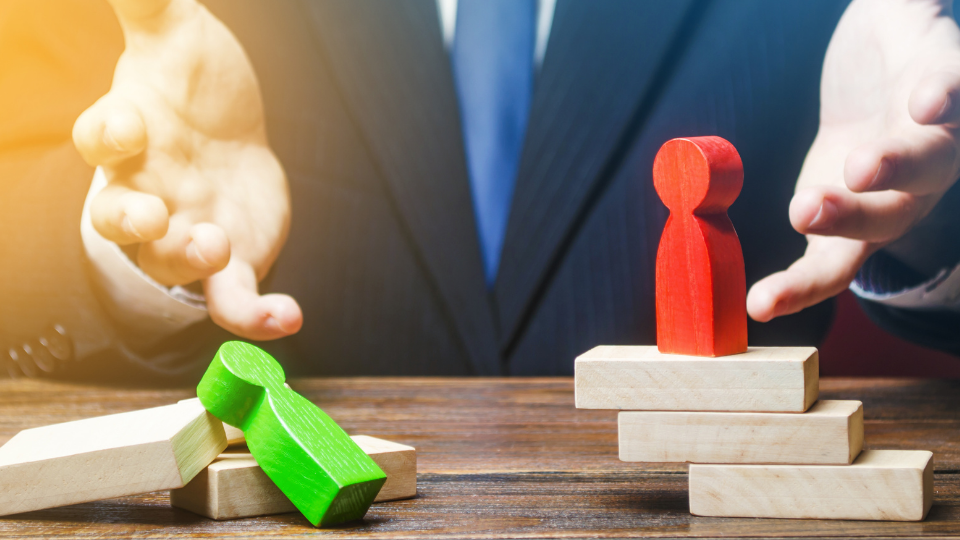 What is the Peter Principle?

First identified by sociologist, Dr. Laurence J Peter, in his 1968 book of the same name, the Peter Principle states that “in a hierarchy every employee rises to their level of incompetence.”

What this means is that if you work hard and perform well at your job, you are more than likely going to be promoted up the ladder. Generally speaking, internal promotions present a win-win scenario. Why? Well, because quite simply, the employer gets to get the most out of their best staff members without having to take on the cost of going through an external hiring process while the employees being promoted are made to feel valued, accomplished and, in most cases, will also be offered a nice little pay bump to boot.

What is the Peter Principle?

While internal promotion absolutely has it’s positives, there are also some downsides to this method of filling positions. This is because with promotion, there will naturally be an increased level of responsibility put on the employee. This comes in the form of more work, and perhaps more complex work. So it stands to reason that if somebody receives enough promotions (and assuming they don’t reach the top of the hierarchy!) they will eventually fail at their job as they become unable to handle the additional responsibility.

Below is a very simple illustration of a career path where success is rewarded with advancement until the employee is promoted above their level of competence – where success is replaced by failure. Thus, defining the Peter Principle. 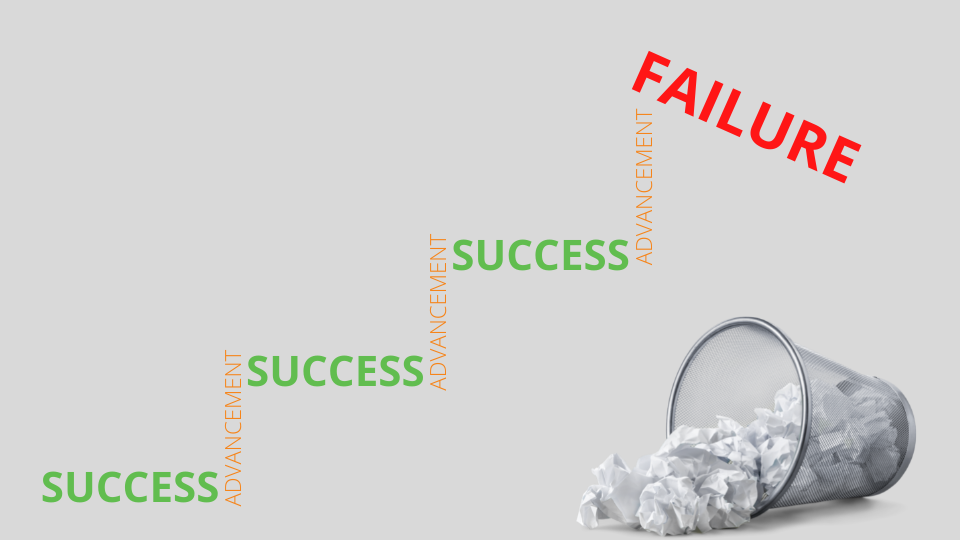 It’s easy to question how or why people are ever put in a possition where they lack to competency to do the job given to them. Below, you will see some of the features of a hierarchical organisation that allow the Peter Principle to occur.

The first two points are not necessarily a bad thing. However, where coupled with poor performance review and promition processes, businesses risk the possibility of putting an employee in a position where they lack competency to successfully and responsibly fulfil their role. There are many reasons why this is an undesirable situation, for instance:

How are Employees Affected?

If an employee is offered a promotion you should take in to consideration what their new role will involve.  Will they still be using the same skillset they currently have? Maybe they will need to learn new or develop existing skills in order to perform well in their new role. Or… will they need a whole new skillset altogether?

You should always consider what the new role will involve, and whether your staff member will need to attend additional training so that they can excel in their new role as well as they do their current position.

If you are considering promoting an existing employee and you feel that their new role might be outside of their comfort zone, then perhaps it might be best to pass the promotion to an alternative employee, or recruit someone with the right skills.  Remember most employees who are promoted are never demoted, which means that this would likely result in them leaving the company.  Can you afford to lose that valued member of staff?

How do you Ensure your Employees don’t Fall into the Peter Principle Trap?

There are various ways a company can try to avoid any risks associated with the Peter Principle, namely:

Most importantly, if this scenario has happened within your company, don’t give up on your employee without first trying to help them to succeed. With the right training and mentoring, there is still a strong chance that they will be able to adjust to the role and its requirements. Hanging in there and putting the time in will benefit both the company and the employee.

Is your Empoyee Data Causing you a Headache?

Staff Squared allows you to store and report on your employees' data in one central and secure place. Sign up for a free 14-day trial today to see what else we can do to streamline your company’s HR processes.