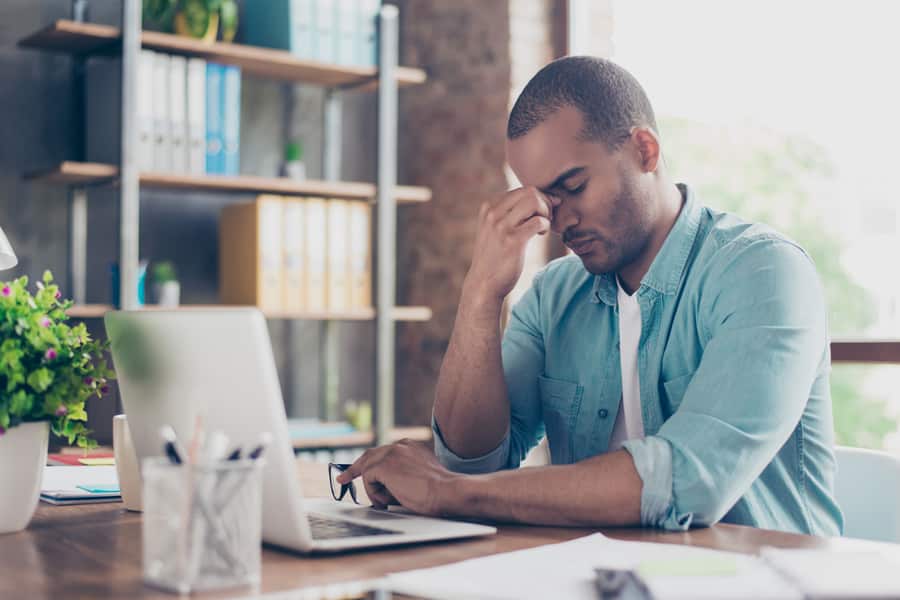 How to Deal with Difficult Employees

The term ‘difficult employee’ is used to describe a member of staff who fails to conduct themselves in a professional and/or responsible manner at work. Dealing with such employees is easily one of the most trying challenges that an employer can encounter.

Unless you make up part of the very small ratio of managers who actually enjoy the prospect of disciplining or criticising others, the chances are that you don’t particularly relish the thought of having to lay down the law.

However, when a situation arises where you find yourself contending with a difficult employee, it’s essential for you to address their failings quickly and decisively to make sure that they have minimal (although, preferably no) impact on more and efficiency. Any delay in addressing such issues will only make things worse.

Types of Difficult Employees and how to Handle them

A cynic, an egomaniac and an invisible man are having a conversation in the staff room. It might sound like the opening line of a poorly constructed ‘dad joke’, but the sad reality is that it isn’t. This is a very real scene in some workplaces and they are no laughing matter.

Difficult employees come in many forms and it’s impossible to put a definitive list of every version of this employee that you might possibly come across in your working life, but we have collated some examples of the typical ones and how to best deal with the behaviour that comes along with them.

The polar opposite of team players. Egomaniacs exhibit high levels of arrogance and are usually incapable of recognising other people’s work or achievement unless there is something that they can get out of it. They like to gain control of a situation but as soon as they have it, they often lose interest in their jobs and day-to-day tasks. Egomaniac types believe beyond all doubt that they are better than everyone else and will rarely ever ask for advice or information when they don’t know something.

In short, egomaniacs are narcissistic and their actions only serve the purpose of allowing themselves a pat on the back rather than working to benefit the well-being and success of the company.

How to Deal with the Egomaniac

The bad news is that most egomaniacs are unlikely to change much, if at all, so the challenge here is to find a healthy balance between presenting a plan that enables them to focus on themselves without negatively impacting on the business.

Perhaps there’s an area that only requires one person and doesn’t need much team interaction. Whatever plan you come up with, make sure that it will benefit the good of the whole team and not just that of the egomaniac employee themselves – the last thing you want is to come across as rewarding their behaviour and losing the faith of the rest of your team.

Two-faced people are clever, and so it can prove fairly hard to catch them out unless they become careless and drop their guard. This is because they very rarely appear two-faced to someone on a personal level.

Usually, you’ll find that they are very nice and helpful to you when talking one-to-one and can often be seen making friends with colleagues who are easily swayed or are partial to a gossip or listening to complaints. This makes it easier for them to start turning everyone against each other.

Two-faced people are capable of causing conflicts in the workplace without incriminating themselves, meaning that not only is it difficult to identify them in the thick of the situation, but it also leaves other colleagues open for blame.

How to Deal with the Two-Faced

Now, if you are able to identify an employee as two-faced and causing trouble but you feel conflicted because they are a good worker, don’t feel as though you have to get rid of them – just make sure that they aren’t given any type of leadership role.

Unfortunately, this isn’t always a possibility, depending on the severity of the situation. If you find out that an employee has been influencing other employees negatively or creating conflicts repeatedly, the only way to handle this type of toxic employee is to fire them.

How many times have you heard an excuse like, “I won’t be able to come to work today, I’m sick” Or, “I wish I could help, but I’m just too busy. Maybe next time”? The invisible person is just never there when there’s work to be done and they always have an excuse as to why they can’t do it or be there.

Some of the traits typical of this type of person are a lack of motivation, absenteeism and almost never clocking in on time, and while they are averse to putting in the effort themselves, they are more than happy to let others around them pick up the slack.

How to Deal with the Invisible

Much like your egomaniac, the invisible person rarely ever changes. One reason for their attitude might be that, deep down, they know that they just aren’t right for the job or would simply rather be doing something else. Try having an open and honest chat with them about their role in the business and ask them if there is something else that you can assign them to which would allow them to actually contribute to the team and feel happy in doing so.

Not to be mistaken for the invisible – the lazy worker would rather be doing literally anything other than their work. Not because they don’t feel suited to the job or are unhappy, but because they are simply lazy by design and would much rather see others.

How to Deal with the Lazy

Don’t fall for their excuses – they’re bound to have plenty! Be firm and redirect your lazy employee to appropriate tasks, making sure to check in with them regularly to monitor their progress. Once they know their shirking has been spotted, they’re usually much more inclined to pull their weight.

It only takes one bully to create a hostile or uncomfortable environment for everyone else at the office and an employee with sociopathic tendencies can so easily cause chaos and destruction on many levels.

If bullying is allowed to continue, you are accepting a toxic culture that leaves the target/s in a very difficult position. Eventually, the bullied employees will have no other choice but to leave. A bully rarely focuses on just one employee to torment. If you know that there is one person at your workplace being bullied, there are surely more.

How to Deal with the Bully

There are no two ways about it – workplace bullies are a serious problem and need to dealt with immediately. Sometimes, it’s possible for the person in question to not realise that they are behaving in an unacceptable manner and so there can be a chance to work with them to nip it in the bud. Unfortunately, though, when you have a real bully on your hands who knows what they’re doing and don’t care about the effect they have on others, there’s only one real solution – remove them from the situation.

At the end of the day, you need to make sure that you are providing a safe and happy environment for all employees and they should feel as though they are able to talk to you if they feel bullied or harassed at work. All complaints must be taken seriously and should follow an enforced anti-bullying policy. The most important thing is to trust your instincts.

No matter how your difficult employee presents themselves, there is no doubt about the fact that they are simply toxic for your workplace. Having someone who is always at the centre of disputes and problems at work or a person whose presence automatically seems to decrease the overall productivity of the office can put your business at risk. Don’t let your business be one to suffer.