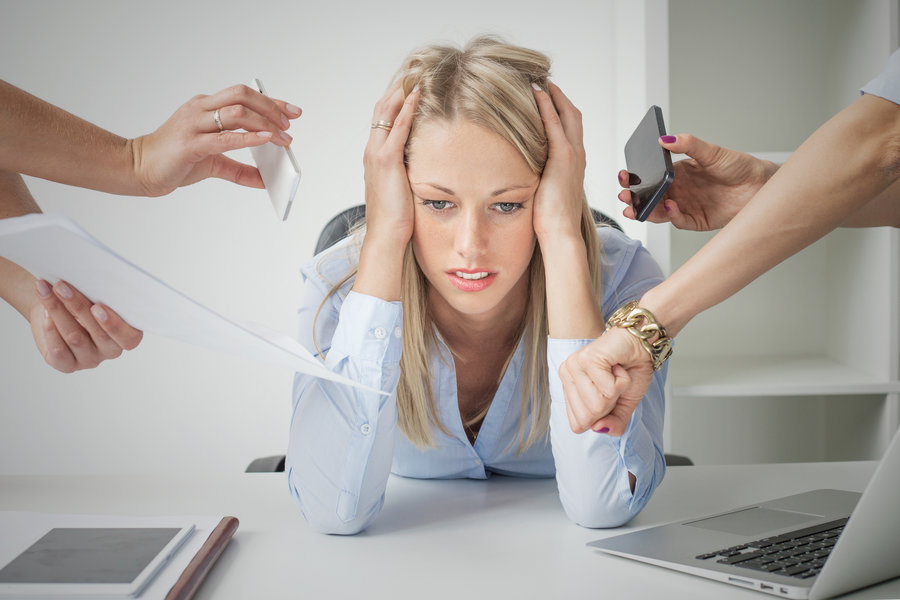 Is Poor Management to Blame for Stress-Related Illness?

It’s no secret that bad management causes all manner of problems and headaches for a business and its employees, alike.

Anybody who has been poorly managed can attest to the fact that working under someone whose management skills aren’t up to scratch can not only make work harder in the first place, but it also causes problems where they needn’t be and, most of the time, are clearly unavoidable.

In extreme cases, bad management can even cause employees to take time off due to work-related stress.

These statistics are worryingly high – especially when you stop to consider the fact that employers (including managers) have a duty of care to their employees; which means that they mental wellbeing of staff should be recognised and looked after wherever possible.

However, the results of this survey confirm that something is going wrong along the way. The question is where does the problem stem from?

A large number of managers either don’t have adequate management training or have simply not been offered any training for their role at all.

This is especially a problem for smaller firms, according to research undertaken by BIP, who discovered that underdeveloped leadership and management skills and a failure to adopt management best practices are constraining the performance and growth of a significant number of small firms in England alone.

The Peter Principle is an observation that, in most companies, staff progress through the hierarchy until they reach a level of incompetence – whether that be as a result of inexperience, unsuitability or just sheer disinterest for the role they find themselves in.

Promoting a person based on their current performance and failing to assess them on their ability to actually do the job that they’re being put up for is an issue that some employers need to address sooner rather than later.

Even if a manager is good at their job and has all of the relevant qualities and training to perform well in their role, if they are not given the right support from their own management, they are unlikely to be able to bring out the best in their own staff. There is only so much that a manager can do for an employee who is underpaid or feels trapped in their current position.

Likewise, a manager will find it hard to manage staff if they struggle to meet deadlines or complete work due to a lack of resources which their manager is unable to provide for them because ‘it’s something completely out of their control’.

If the bad attitude of a single employee can affect the work experience of an entire SME, imagine having a manager with a discouraging attitude and the impact that they could have on the morale of a team. A manager who criticises and never praises their staff will be highly unlikely to motivate others.

According to a recent study, 37% (that’s almost two-fifths) of UK businesses have seen a significant rise in stress-related absence over the past year. The survey of 1,078 British workers highlighted that stress is a fast-growing problem in the UK, and one that needs addressing.

An overwhelming 62% of the research’s participants expressed that having heavy workloads is the biggest cause of stress-related absence. This in itself screams ‘poor management’, as people wouldn’t feel so inundated if their supervisors paid more attention to the amount of work and deadlines being distributed to their staff.

The second biggest contributor to work-related stress has been identified as management style, with an alarming 43% of people saying that the approach their manager takes is a key trigger for stress at work.

The report revealed that because a lot of managers do not receive the right level of training, they aren’t equipped to notice the signs of unhealthy practice and stress in their staff. Of the managers reported to have been given sufficient training, only 50% of them said that they were given training to help their employees manage stress and only 37% have undergone training to actually recognise the warning signs of stressed staff which could lead to absenteeism, or even departure from the company altogether.

Staff should feel able to go to their manager if they feel uncomfortable at work in any way and know that they can discuss their physical and mental health with their manager; however, (alarmingly) the results of this study would suggest that business leaders are seriously failing their staff in not providing managers with the right training given that they play such a vital role in supporting staff with their mental health and wellbeing.

It would be unfair to pin everything down to just pure lack of training, though. While it is undoubtedly an essential factor, managers also need to take some direct responsibility. Buying into the importance of mental health and wellbeing at work is equally as serious; and still, it’s reported that this is only true for 50% of managers surveyed.

Wellness at work should be made a priority by senior leaders and the best way to do that is to invest in your management by providing them with the appropriate training that puts them in a position of knowledge and confidence that promotes competence in both their overall role as a manager and in being able to support their staff.